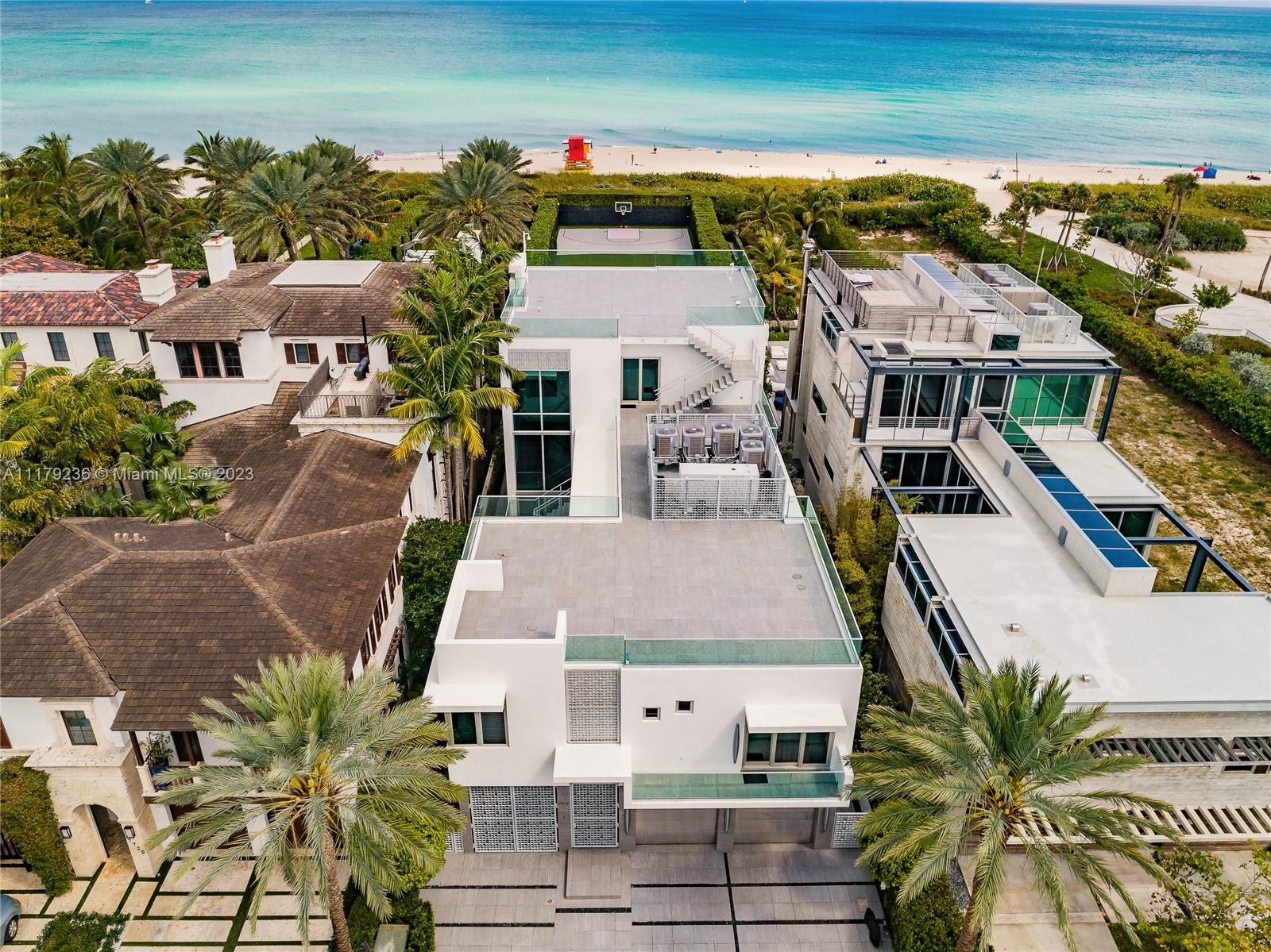 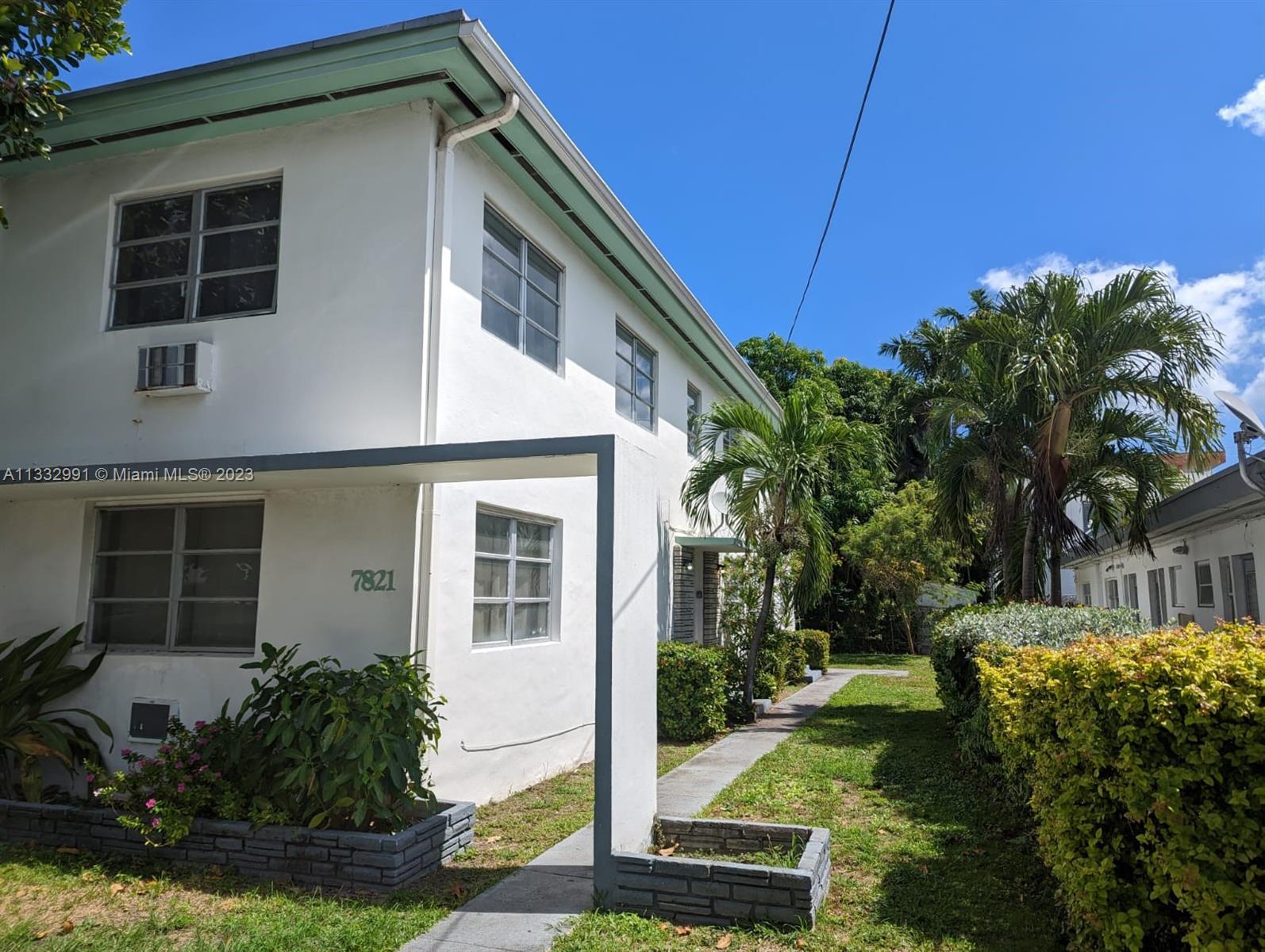 Altos Del Mar is a small, exclusive and gated community of oceanfront residences It is also, as its name suggests, the highest point on Miami Beach. In the North Beach neighborhood known as Altos Del Mar the beautifully situated overlooking the Atlantic, there is simply no other place in South Florida that offers as much. Homes designed by award wining architects Ramon Pacheco, Beilinson & Gomez and Cessar Molina. Landscape Architect for the project, award wining Orlando Comas. Altos del Mar is the only oceanfront gated community in Miami Beach.  Located between 77th Street and 79th Street from Collins Ave to the beach, Altos del Mar includes 12 new construction estate homes and an amazing new sculpture park.  Each estate home will feature expansive verandas looking out to sea; spacious covered patios with private pools; barbecues, cabanas and rooftop sun decks.

Altos Del Mar, which is Spanish for Highlands of the Sea, is a six-part mainly residential subdivision created by the Tatum Brothers - Smiley, Bethel, and Johnson -developers and real estate brokers who worked in South Florida as far back as 1883 and are responsible for platting the northern reaches of Miami Beach. According to a history of North Beach prepared by historian Carolyn Klepser for the City of Miami Beach Planning Department, the first two parts of the subdivision, platted in 1919, originally stretched from 75th Street to 87th Terrace and encompassed both sides of Collins Avenue. The current neighborhood of Altos Del Mar is slightly smaller, running from 76th to 79th Street east of Collins and taking up the east and west sides of the private gravel road called Atlantic Way. Originally, the Tatum brothers smartly planned expansive 250-foot by 125-foot-long lots. Lot configurations now are much reduced, but the homes on them date back to the mid-1920s and late 1940s, and range in style from Mediterranean Revival with stucco walls and barrel-tile roofs to Moderne with curvy lines and understated details. In 1983 the State of Florida, as part of its Save our Coast Initiative, began purchasing lots in Altos Del Mar. A total of 22 lots (11 non-contiguous and 11 contiguous) were acquired. The State's project eventually stalled due to some homeowners' unwillingness to sell, and the lots were put up for sale in 2002. The 11 non-contiguous properties were sold for single-family use: One private buyer purchased one lot, and General Real Estate Corporation bought the other ten.

General Real Estate's redevelopment plan promised to upgrade utilities and pave Atlantic Way. Any concerns nervous neighbors expressed that new structures might be oversized or incompatible with the character of older homes were unfounded. Altos Del Mar had been designated historic locally back in 1987, meaning a modicum of control over the design of new homes would be exerted the City of Miami Beach Historic Preservation Board by city boards. Ultimately, a dozen homes will be constructed on two lot configurations (6,250 square feet and 16,000 square feet). And by the looks of those already underway, an interesting neighborhood is taking shape. Brand new contemporary-style homes share the area with Bermuda-style, and Mediterranean-style properties. 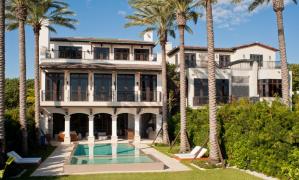 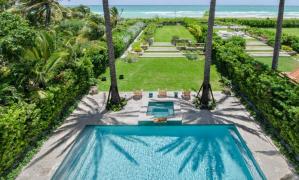