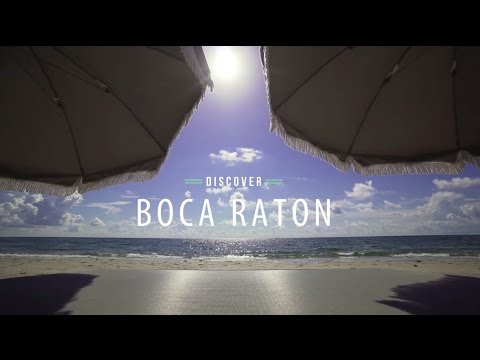 Boca Raton, a romantic counterpart of Florida has been idealized for its beaches from mid-20-th century; however, there’s more that the city offers in the form of an exponentially growing economic environment, a plethora of parks and public spaces, schools (A-rated), five colleges and a vibrant art. The tourism industry is also thriving thus providing a lot of escapes for both the residents and the tourists.

With its areas stretching across 29.6 square miles, Boca Raton provides ideal arrangements for living. Be it a home amidst a golf course or a high-rise condo near the beach or the quaint, Florida-style single-family homes, you can find it all if you are planning to move to Florida. The affordable housing, low tax rate, and great neighborhoods make Boca certainly one of best places to live in Palm Beach County.

The business climate of Boca Raton is amazing too. Within last 5 years, the city was able to generate 8000 new jobs, most of them revolving around the tech startup industry.

If you have kids who need to get into college, Boca Raton is home to the largest university in the County, i.e. Florida Atlantic University. Other smaller universities include Everglades University, Palm Beach State College, Lynn University, and Digital Media Arts College.

The outdoor living in Boca Raton is one of the finest, covering 16,000 acres of trail and parkland. The 4-mile public beach is left untouched in its natural forms and if you have a pet, the city is the only one to have a dog beach.

Baca Raton is also a fine amalgamation of public spaces, sports, arts and restaurants. The Mizner Park, that’s built in the Mediterranean Revival style, is the favorite spot for families and tourists. Not just that, the mesmerizing Town Centre Mall is the best place to shop around for all your needs.

When it comes to the fine dining options, Boca Raton is just getting better with every passing year. For those who want fresh supplies of local farm produce, the farmers market runs each Saturday (Between October and May).

While living in Boca Raton, snorkeling, boating, and swimming are just a few of the many things that you can do on the weekends. And if you are into golf, the annual Allianz Championship attracts some of the best PGA senior players. However, the biggest sporting event of the area is the Boca Raton Bowl that’s held at the Florida Atlantic University.

With its metro population of just under 100,000, it’s the blissful living space for those who want to experience luxury living on a budget.

Boca Raton is the southernmost city in Palm Beach County, Florida, United States, incorporated in May 1925 (first incorporation in 1924). The 2014 population estimated by the U.S. Census Bureau was 91,332. However, approximately 200,000 people with a "Boca Raton" postal address reside outside its municipal boundaries. Such areas include newer developments such as West Boca Raton. As a business center, the city's daytime population increases significantly. It is one of the wealthiest communities in South Florida. Boca Raton is located 43 miles (69 km) north of Miami and is considered one of the principal cities in the Miami metropolitan area.