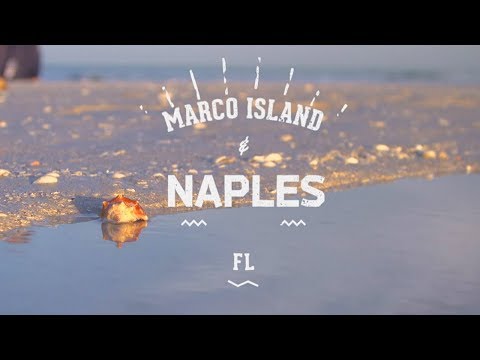 A sun-drenched jewel on the edge of the Gulf of Mexico, Marco Island features 6 miles of beach and over 100 miles of waterways within its 14 square miles. Marco Island is the largest Barrier Island within Southwest Florida’s Ten Thousand Islands area extending from Marco Island to Cape Sable. It lies within the subtropical to tropical climate zone and experiences a distinct wet and dry season with most of the rainfall occurring between the months of June and October. With a permanent population of 15,000 and a peak winter season population of 35,000, Marco Island’s residents and visitors alike call this special Island...Paradise.

The City of Marco Island is located in Collier County, a short drive from the City of Naples. It is well known for its high quality of life, natural resources, casual atmosphere, and friendly people.

But, growth is only part of the story. On August 28, 1997, by just 18 Islanders elected
map.jpgto become a city for the second time. (The first city was known as Collier City and was incorporated in 1927, but later unincorporated.) Seven citizens were subsequently elected to city council and a city manager and staff were hired to undertake the huge task of becoming a city. With the invaluable assistance of 75 citizens who volunteered to serve on various startup committees, the structure of the city took place. The new city council took on everything from architecture to zoning. They recognized the serious island infrastructure problems. Bridges and roads needed repair. Storm drainage was inadequate and a budget had to be set. By October of 1998 responsibilities of the new city were fully transferred from Collier County. Over 100 miles of streets, storm drainage, rights-of-way, 12 bridge, 6 parks, and the recreation program came under city jurisdiction. All community development activities including planning, building, permitting and inspection, zoning administration and code enforcement became city responsibilities. In May 2001 the city acquired the Bank of America building property on Bald Eagle Drive for $1.2 million. Located adjacent to the existing police and fire department property and across the street from the Marco Healthcare Center, this facility compliments the public service center of Marco Island.

Step by step the problems were addressed, and many were solved, while others continued to require time, effort, and money. Debates within the city council and the community were long and often spirited. The city moved ahead, slowly in some areas, and rapidly in others.

Other important developments included the Marco Healthcare Center, an affiliate of Naples Community Hospital, and a new library building. Quality commercial structures were and continue to be constructed as well as upscale condominium and hotel developments.

Marco Island continues to attract visitors from all over the world and its property is in high demand. According to Collier County records, property values increased by 22% from the year 2000 to the year 2001. The total assessed value of the city is $5 billion. While homes and condominiums are considered to be expensive compared to most communities in Florida, there is a wide variety and price range for homes, condominiums, and vacation rentals. The retail businesses, quality restaurants, superb hotel and conference facilities, quality neighborhoods, and pristine environment are among the finest in the nation. The white sandy beaches along the bright blue Gulf of Mexico, when combined with the warm winter climate are among the reasons that the residents and visitors call Marco Island "paradise."