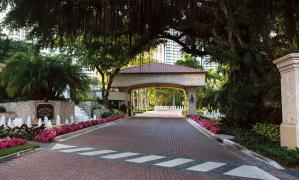 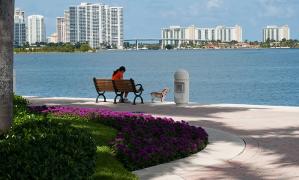 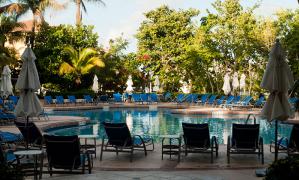 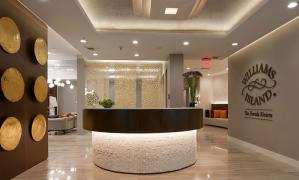 Williams Island was established by the Trump Group to provide an exclusive, private lifestyle for individuals who are accustomed to life's finer things. This signature South Florida community was designed to offer all the amenities one could want in an idyllic setting. The Trump Group's real estate activities include ownership and operation of numerous commercial, shopping and residential projects, the Crown Jewel of which is Williams Island Williams Island, consistently the sales leader among South Florida's high-end real estate development, boasts a sophisticated Mediterranean design that has justly earned its description as the "Florida Riviera."

Life on The Florida Riviera is meant to be enjoyed. This holds true for Islanders relishing every aspect of their completely refurbished 27,000 square foot Spa at Williams Island. The new Spa debuted in May 2013.

The latest development is Bellini, Williams Island, developed by world renowned Martin Z. Margulies. Bellini is a spectacular 24-story boutique residential development consisting of 70 luxurious and private units. Each residence features its own private elevator, 10-foot-high ceilings, large floor plans and three bedrooms. This development began closings in late 2013 and is the final piece to the completion of Williams Island.

Nearby Filters Show Map Contacts Up