People who live in Glass houses ... will have few neighbors. A good thing if they value privacy.

The oceanfront high-rise will feature floor-to-ceiling glass walls and aim at integrating the indoors and outdoors to highlight the natural beach surroundings and convey a sense of place. “It’s really a unique design,’’ said Terra Group president and chief operating officer David Martin, who could have put three times as many units on the site. “It’s something I don’t think I’ll be able to do again.’’

Gonzalez — whose diverse projects include the 3 Indian Creek mansion that sold last year for a record $47 million and CIFO, the Cisneros Fontanals Art Foundation — plans to work directly with the unit buyers to custom design the interiors in his first condominium project.

Glass will have all the amenities of a high-end condominium, with unit prices averaging $8 million to $9 million and a three-story penthouse with a $35 million pricetag. Prices will average about $2,500 per square foot, said Martin.

Martin said the project, which is slated to break ground in August with a target completion date of late 2014 or early 2015, will have “an estate manager’’ to meet residents’ needs, as well as valet, housekeeping and maid services, beach service, a gym and 24-hour security.

But a special draw will be the full-floor layouts that will give residents panoramic views of the ocean, Miami Beach, the bay and downtown Miami and the flexibility to customize their floor plans, Martin said. He said his less-is-more approach aims to offer something different from other South Florida projects which, albeit luxurious, cram hundreds of units into a building.

Terra Group applied that same philosophy at The Grove at Grand Bay in Coconut Grove, which could have had more than 400 units, but instead will have 96 — 57 in one tower, and 39 in the second.

At Glass, Gonzalez said he is shooting for a building that “is meant to be light and ethereal and one that dematerializes as it rises.’’ He also wants to reflect both the urban vibe of the South of Fifth neighborhood and the beach.

Martin said buyers have already reserved five of the 10 units. Terra is hosting a launch event May 8 to unveil the Glass project to Miami’s VIPs and real-estate community.

With Miami’s recent emergence as part of the global luxury real estate market for the super wealthy (it’s now mentioned in the same breath as London, Hong Kong, and Singapore), Martin said the project is resonating with New Yorkers and others in the Northeast, but that he also is seeing interest from Europe and South America. 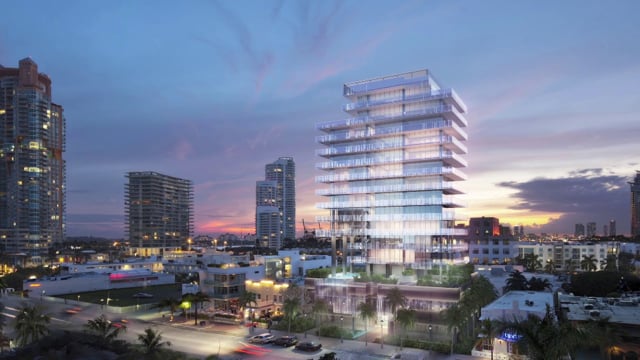 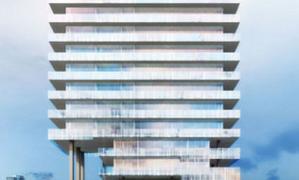 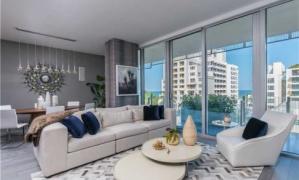 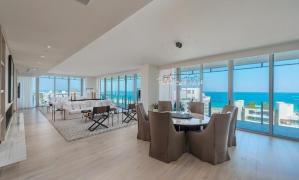 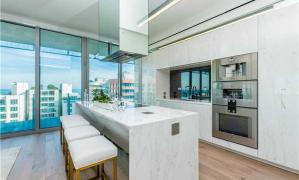 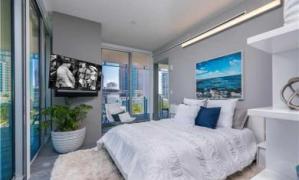 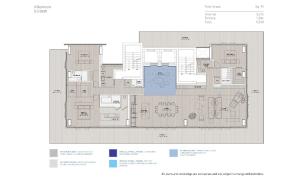